NetEase looking for a lead level designer for some sort of FPS game based on the Marvel IP.
1
shares
FacebookTwitter

Could we be getting a Marvel Hero Shooter like Overwatch? Well, it seems that way as according to a Linkedin post, NetEase which is the second-largest game company in China. Is developing a new FPS AAA Multiplayer game based on the Marvel IP. 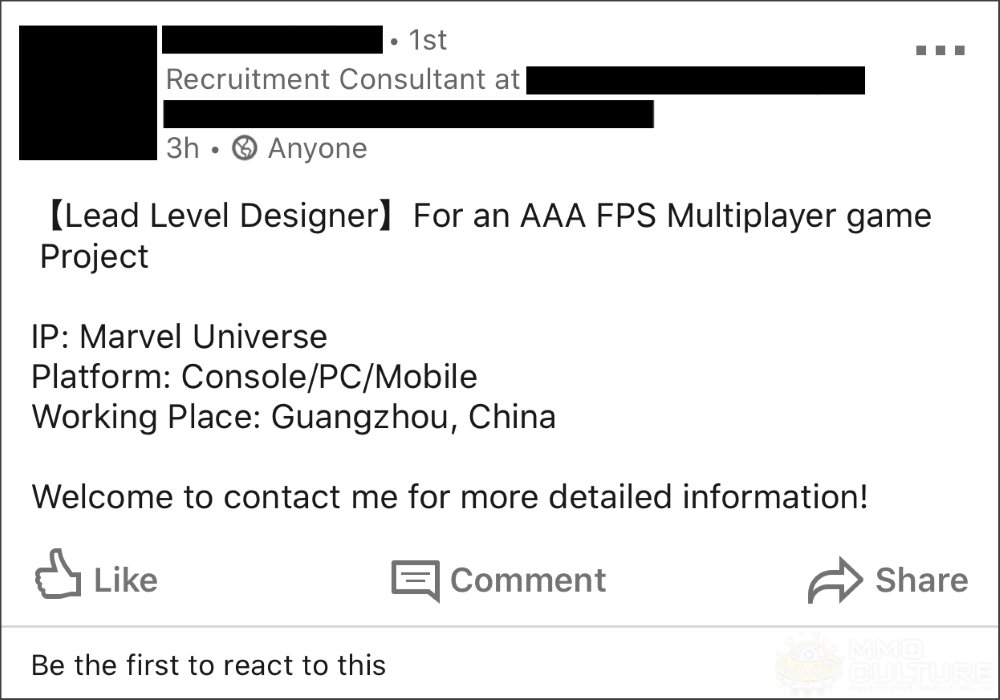 NetEase looking for a lead level designer for some sort of FPS game based on the Marvel IP.

NetEase is the company behind games such as Marvel Super War, Knives Out, Creative Destruction and many more. Now it was reported back in 2019, that NetEase had signed a long term agreement with Marvel to create multiple Marvel IP Games. Which is why they launched a mobile MOBA called Marvel Super War.

A Marvel hero shooter like Overwatch would be a huge success and would work really well with the type of heroes in the huge Marvel universe, now what is interesting to note is that back in 2017, footage surfaced of a marvel type shooter, however, it never saw the light of day. Footage can be seen down below.

Would you like to see a Marvel hero shooter? Let us know in the comments below. If you enjoyed this article, why not share it on social media.