‘Prophecy‘ could have been Sucker Punch’s next big game, instead of Ghost of Tsushima

It looks like we could’ve gotten a different game from Sucker Punch than Ghost of Tsushima. Footage from a game titled ‘Prophecy‘ found its way on to the internet recently. While Sucker Punch has removed a lot of the footage from the internet and YouTube, we still got a good look at it. And, we’ll do our best to show some of the remaining footage at the end.

So, the 10 minutes of footage we saw actually showed a lot of what the game would have been. The setting for Prophecy would have been medieval; we saw a fairly large section of the city, as well as the NPCs who populated it. As well as this, we got to see a little of the story and main character. Rogue Abvel Tvorah looks to explore the depths and mysteries of the city while avoiding hostile city guards. However, unlike Ghost of Tsushima, there isn’t an actual historical setting for Prophecy. But, the story still seemed intriguing, and I’m personally hoping this project might resurface in the future. Abvel Tvorah’s tale might be fun to explore. 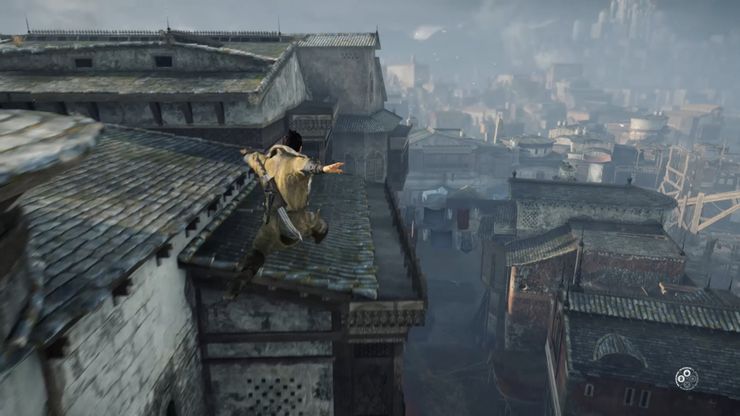 In terms of gameplay, Prophecy borrows a lot of elements from some well-known games. The free-running bits are clearly based on Assassin’s Creed; the way in which Abvel scales buildings while fleeing opponents brings back memories of Altaïr Ibn-La’Ahad or Ezio Auditore. And the combat has parts recognizable from the inFAMOUS series. During combat, you seem to be able to use powers of some sort on your enemies. This informs some of the key gameplay situations, as these powers can be the tipping point against armored opponents.

We may not see any more of Prophecy in the future, but for now, we can enjoy this footage:

For more news on Sucker Punch games, check out our YouTube channel. Or, if you’ve got a news tip, email us at [email protected]

Respawn Is Working On A Way to Combat Players Using Mouse And Keyboard In Apex Legends On Console
July 22, 2019