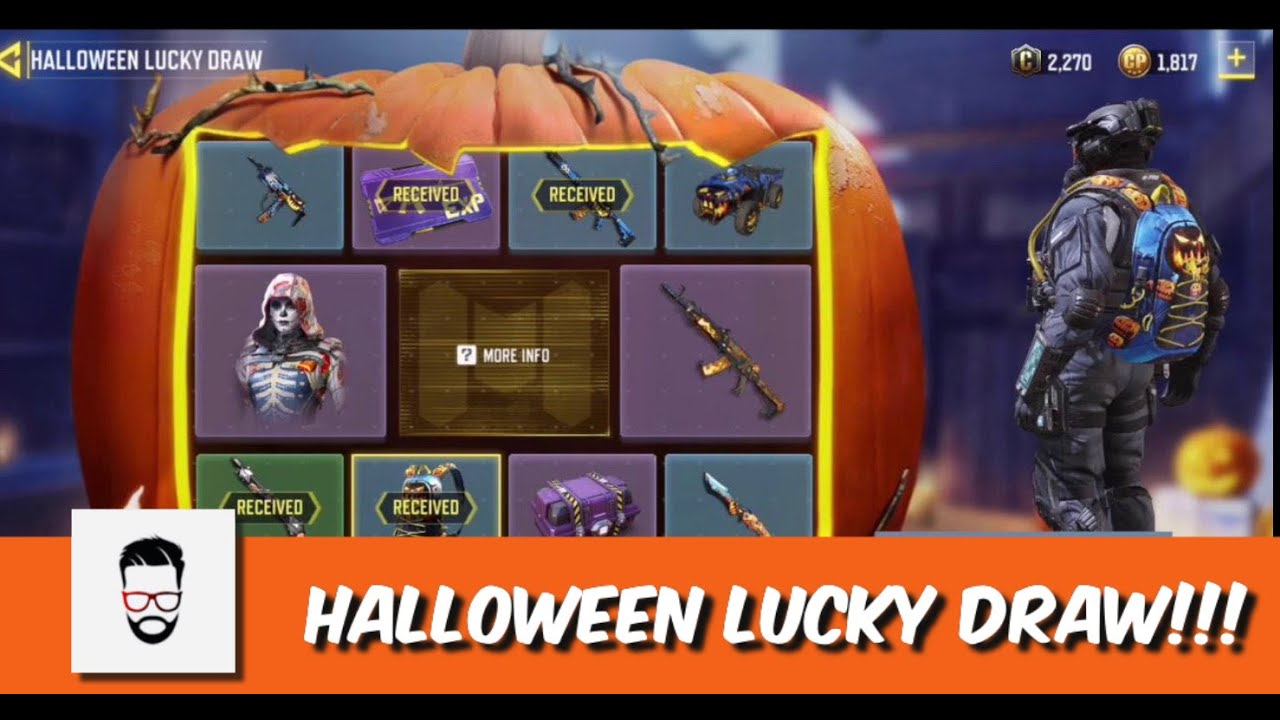 Call Of Duty: Mobile Halloween Lucky Draw only has tricks and no treats. (Picture: Activision)

Call Of Duty: Mobile latest Halloween update seems to only have tricks and no treats. When the Halloween update went live on Call Of Duty: Mobile it included skins and a new character that was only obtainable via a lucky draw. Which you think would be ok, well that’s if luck actually played a part but it seems to all be rigged, forcing players to spend £200 to obtain the AK47 skin and the new character.

Now, this is where it gets interesting as it seems that the lucky draw might not have anything to do with luck, after all, As noted by players over on Reddit, it seems that the AK47 skin and the new character are always going to be the last things you will get from the lucky draw. Meaning if you want them you will need to spend £200. Now, this is just such a money grab, in which companies should not be able to get away with, especially for a mobile game.

YouTuber StarSnipe does a video of him buying into the lucky draw in which we see him get the Outrider Skeleton Skin and AK47 skin last. You can check that out down below:

Due to the way Activision/Tencent have done the lucky draw, without including the odds and not clearly showing that the price for each lucky draw would increase, this has made players very angry with many contacting Google Play to report the game.

Have you brought into the lucky draw? Let us know in the comments down below. If you enjoyed this article, why not share it on social media.

MORE: No PlayStation 4 digital release of Call of Duty: Modern Warfare in Russia

Spyro Ignited will only have one game upon physical release
August 2, 2018

Call of Duty: Modern Warfare will have a Battle Pass instead of loot boxes
October 18, 2019