Call Of Duty: Mobile is off to a smashing start with the game having been downloaded 100 million times, setting records, even beating Fortnite and PUBG.

PUBG Mobile was downloaded 28 million times within the first week with Fortnite following at 22.5 million. Randy Nelson, head of mobile insights at Sensor Tower had this to say on the huge success of Call Of Duty: Mobile, “This is by far the largest mobile game launch in history in terms of the player base that’s been built in the first week,”

See Also
Crash Bandicoot 4 Confirmed to have No Micro Transactions 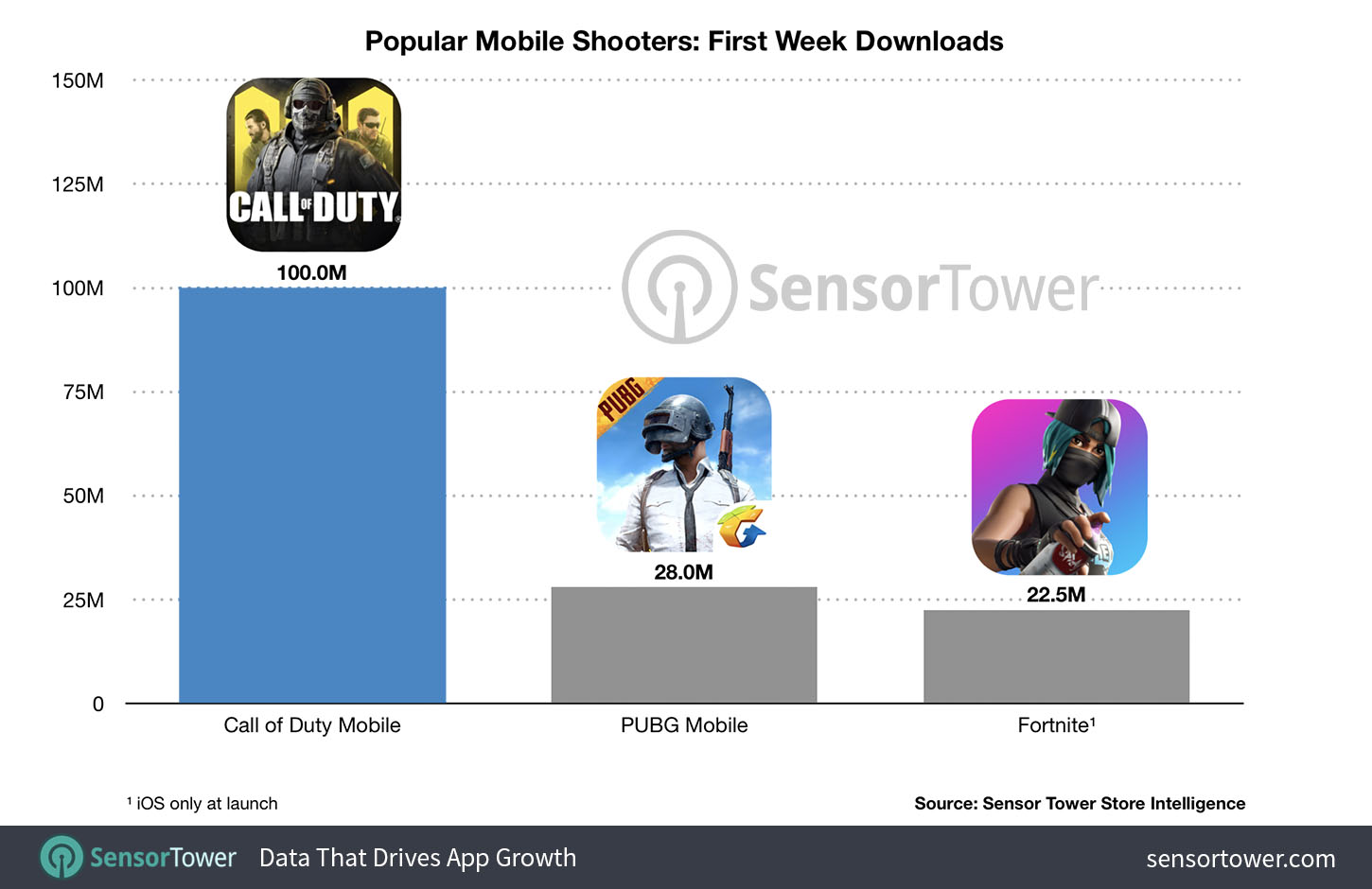 Call Of Duty: Mobile was released on October 1st and has been received very well by the community, now these numbers are unique downloads across the App Store and Google Play. We will have to see if this growth continues.

As currently, the only issues players are facing is the fact that they are coming up against a lot of bots in Battle Royale and Multiplayer, however, some of this could be down to players still learning the game. As well as that a lot of players are saying the battle pass is boring, which i would have to agree on. So moving forward hopefully Tencent Holdings the developer of Call Of Duty: Mobile will continue to improve on the game and fix any issues.

Are you playing Call Of Duty: Mobile? Let us know in the comments below. If you enjoyed this article why not share it on social media.

Activision issues refunds for Guitar Hero TV until the end of 2018
February 9, 2019

Call Of Duty: Mobile Seems To Only Have Tricks In Latest Halloween Loot Boxes
October 22, 2019