Last of us 2 review
1
shares
FacebookTwitter

Last Of Us Part 2 Review 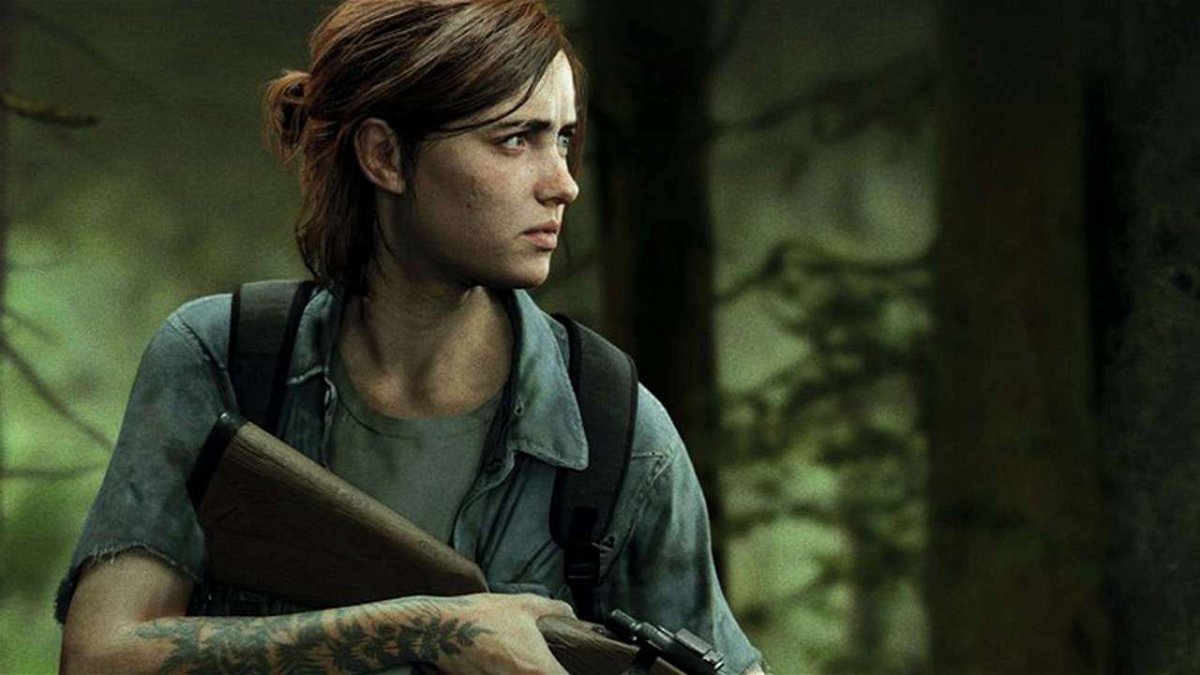 The previous game was of course noted for its brilliant story and the sequel certainly builds on that. It’s hard to go into too much detail without delving into spoilers but The Last of Us 2 creates a story that feels incredibly real, with seemingly every action you take has an impact at some point. The events of the previous game heavily influence this one, so if you haven’t played it I’d strongly suggest you do. Naughty Dog does an outstanding job of making you understand each character’s motivations, and the performances across the board are fantastic. All of this leads to a story that will not just tug at your heart strings but rip them apart through some brutal moments, interspersed with tranquil relationship building. While obviously Ellie’s motivations play a significant role in the story, Naughty Dog goes to great lengths to tell antagonist Abby’s side of things as well which causes you to question your actions throughout and creates an engaging dynamic that lasts the whole game. The majority of the game takes place in an overgrown and overrun Seattle which is crawling with threats. These take the form of 2 warring human factions, the WLF and Seraphites, and the ever-present infected. There’s a definite step up from the last game in terms of these enemies, with new varieties and smarter threats to deal with. These create a variety of challenges when dealing with the various encounters that make up the game’s combat. You won’t be able to take the same approach to every encounter, as the range of enemy types presents a variety of challenges, with different approaches and weapons being most useful in different situations. 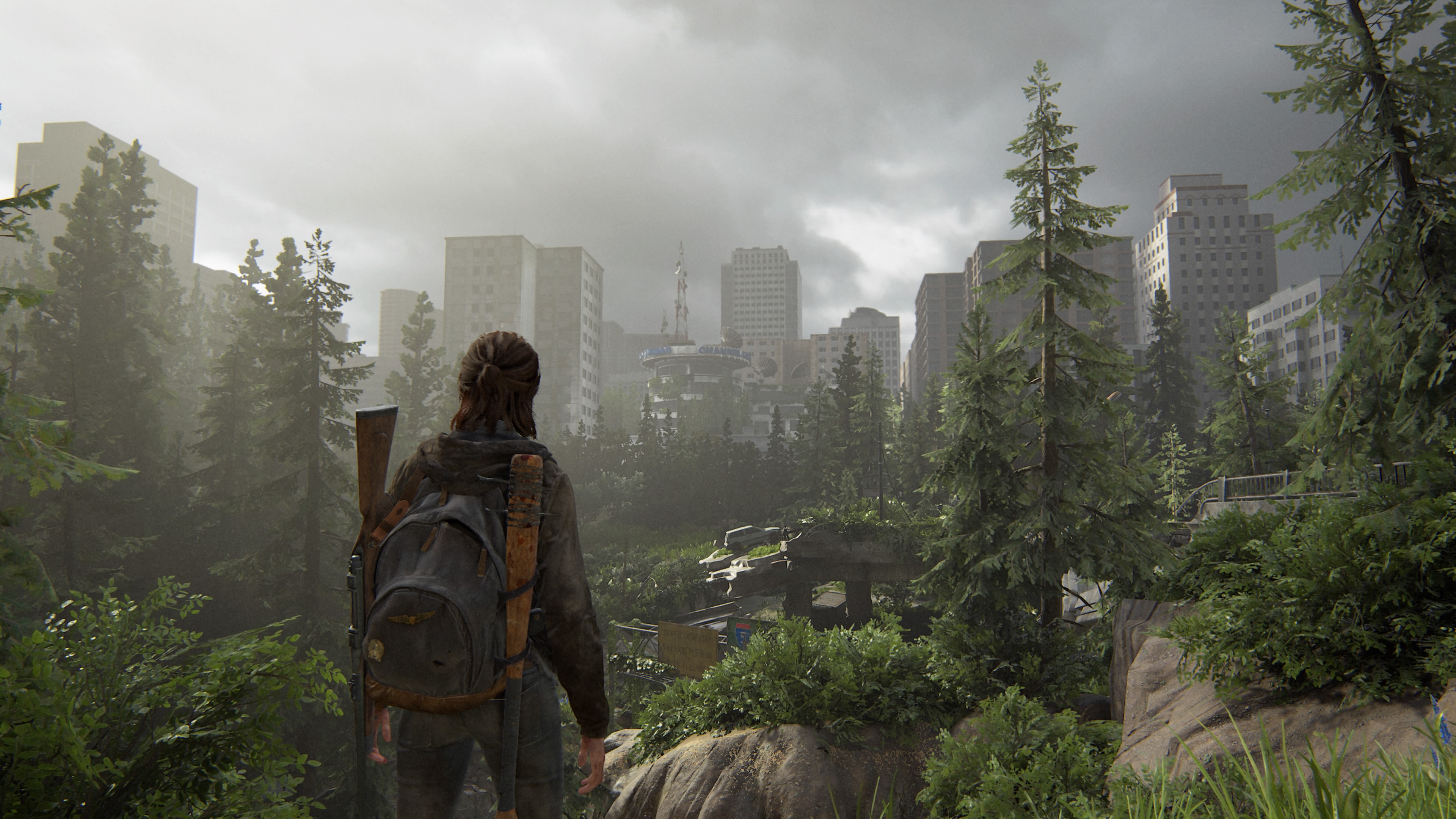 A view of an overgrown Seattle

The world itself is somewhat less linear than the original, while it’s by no means an open world, each level is a lot broader and emphasizes exploration. This exploration becomes key as you look for scrap to upgrade your weapons and craft tools, find ammo, and progress the skill tree system. The world itself is stunning, with the lush environments blending brilliantly into the broader urban areas.

It’s clear the game has been crafted with a huge amount of love, and the attention to detail is phenomenal. This can range from things as simple as the level of detail in the character models, through to things that impact the gameplay such as the way your movement is affected by various wounds picked up in combat. The attention to detail helps to create a world that is completely immersive and feels lived in. Small details and easter eggs are found within the world such as old Playstation consoles and collectible cards and coins. This immersion is amped up a level with the improved AI, you’re not just fighting off a bunch of faceless drones here. Each character has a name, and you’ll find this as you make your way through groups of enemies as their friends call out their name in grief as you kill them. This gives each your actions a great deal of weight and adds to the realism in the world. 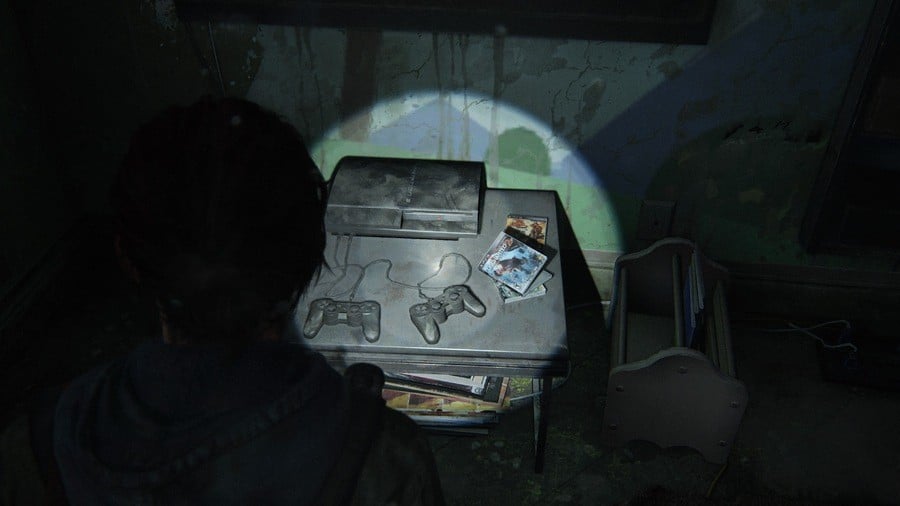 A PS3 with copies of Uncharted, another Naughty Dog game

The gameplay itself is again a step up from the previous game, building upon the mechanics established while adding new elements too. One of the key aspects is the fact that Ellie is a lot more agile than Joel, she’s able to climb, jump and crawl around, over, and under objects. Doing this enables you to traverse areas in order to gain different combat advantages such as hiding under vehicles or attacking from above. 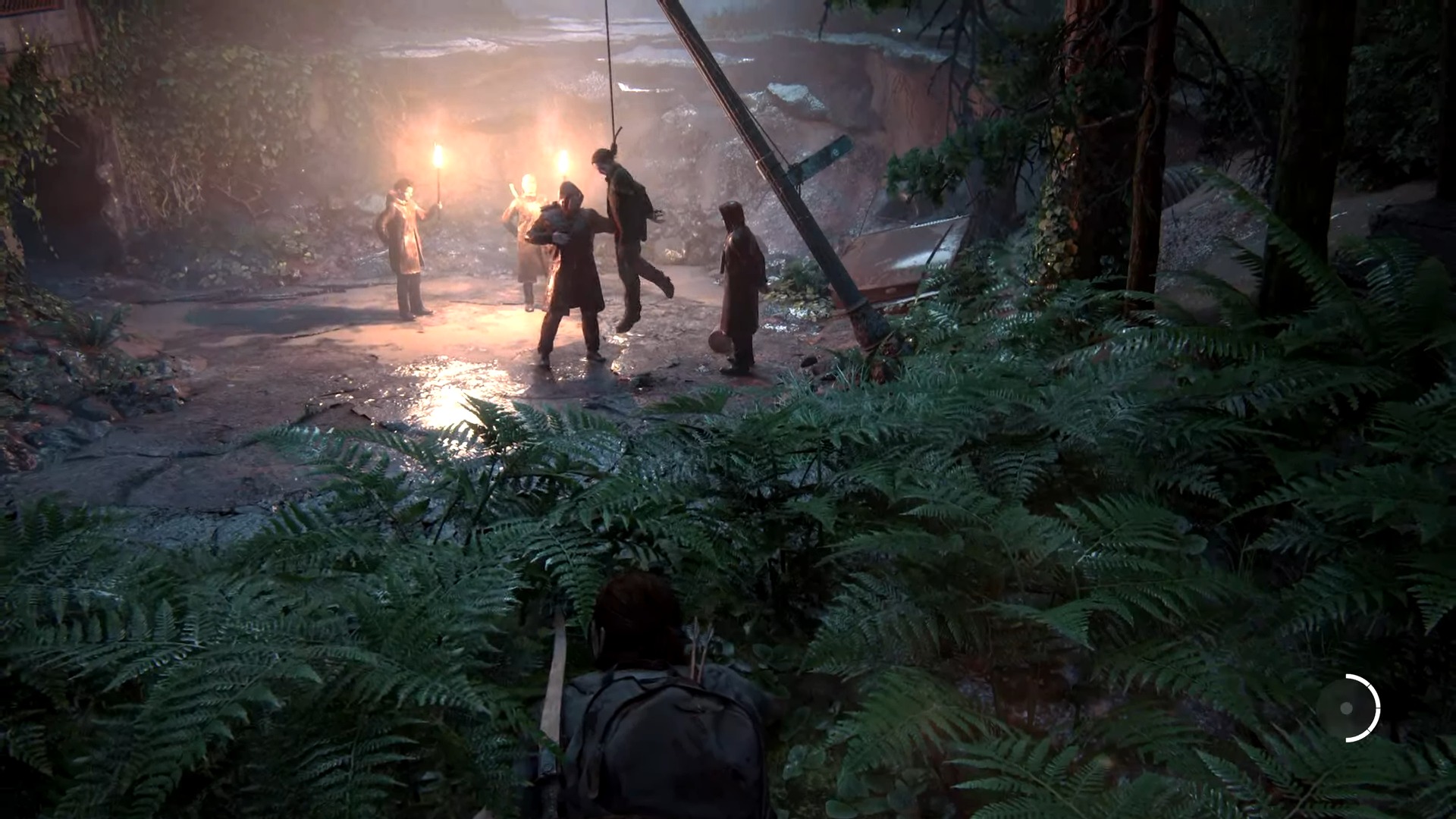 Ellie is able to go prone to hide from enemies

The intensity of the combat encounters is broken up by quieter, character-driven moments that really push the story forward, and enable you to relate to the characters on a whole different level. These moments provide something of a cathartic release from the adrenaline pumping action and add weight to the events that occur as the story progresses.

All in all, The Last of Us Part 2 is not just an incredible sequel but a masterpiece in its own right, combining gripping gameplay with a phenomenal story. It builds on the strengths of the previous game in a logical manner, with masterful storytelling crafting a thoughtful, moving story that will lead you on a roller coaster of emotions. The new gameplay mechanics create a new level of challenge to an already excellent formula. Naughty Dog has created a world that feels authentic, lived in, and frightening. Technically the game is mightily impressive, with the graphic, sound, and level design all outstanding. It’s going to take something very special to take the title of game of the year away from this.

Sony Confirms The Last Of Us Part II Leak Sources Have Been Identified
May 1, 2020

Cyberpunk to be heavily censured in Japan

Crash Bandicoot 4 Confirmed to have No Micro Transactions