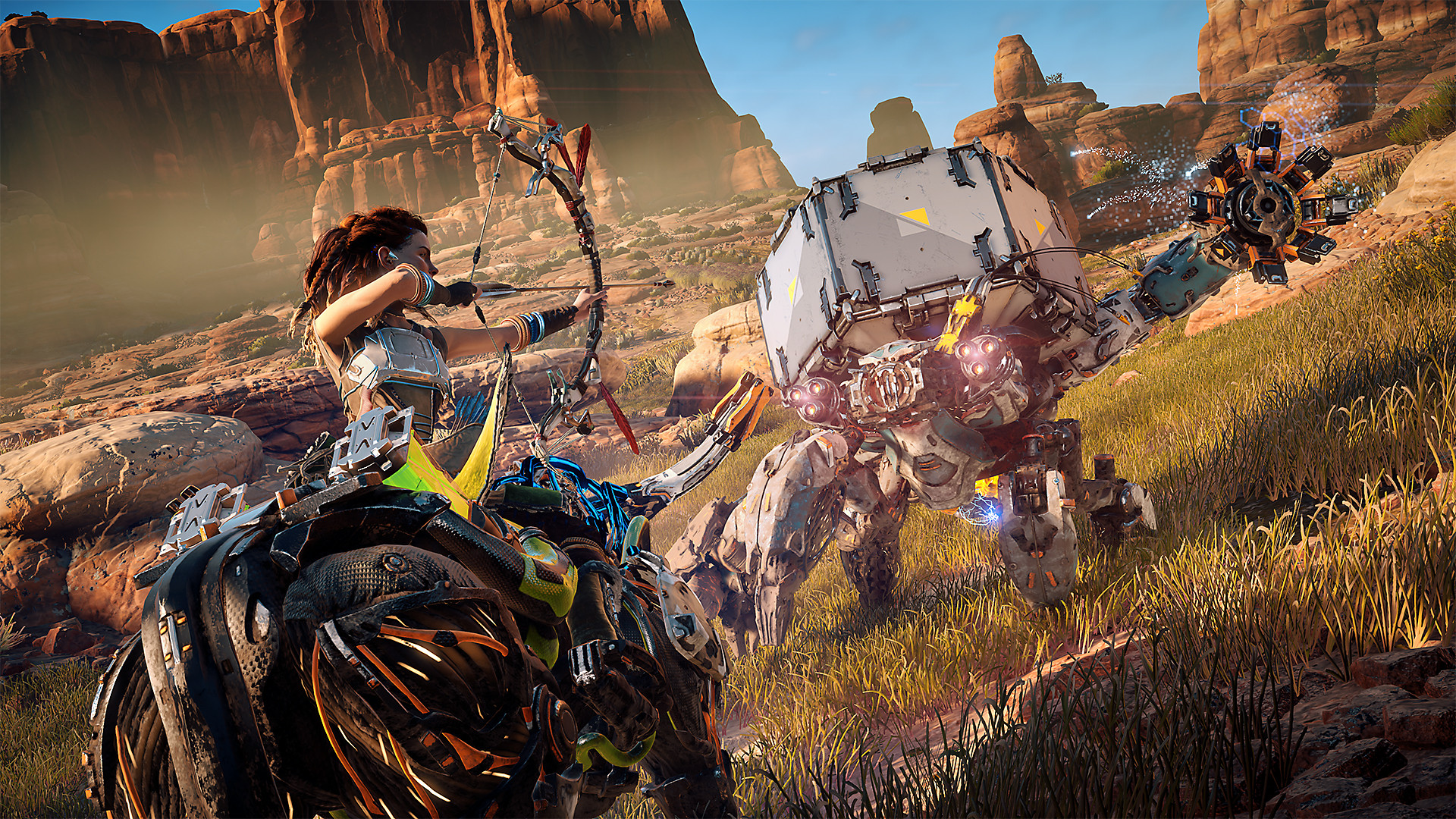 It’s rare these days to find a successful game that doesn’t wind up getting itself a followup. That’s usually not a bad thing, so with that in mind here’s a list of some of our favourite games that we think need to be revisited. It should be noted that this won’t include games that are already a followup to a previous game.

A hugely successful title like Spider-Man is always going to be likely to get a sequel, and it’s surely only a matter of time before we hear about one. The game did a fair amount to tease a followup, from Peter mentoring Miles Morales, a Harry Osborne/Venom tease, Green Goblin weaponry and the presence of Eddie Brock we’re surely in for a good time with the sequel.

Another hugely successful new IP for Playstation, Horizon was a great original title. We got further DLC after release and it’s definitely a title that could lend itself to a followup. We also know that developers Guerrilla Games were recently looking for writers for for an upcoming game. Could that be the sequel we’re looking for? Hopefully, perhaps we’ll have to wait until the PS5 comes out though.

There’s something of a trend for PlayStation exclusives developing here isn’t there (Give us more games Sony). When Bloodborne came out in 2015 it’s safe to say it was a big success, since then though we’ve had no information on a potential sequel, there’s been rumours but no evidence of a sequel. FromSoftware recently released Sekiro:  Shadows Die Twice so it’s possible they haven’t even begun working on a new Bloodborne game, it might be a while.

This one might be a bit of a stretch, original developers Team Bondi shut down. The rights to the franchise are owned by Rockstar, who certainly know how to make a good game, but whether that’ll be their focus what with Red Dead 2 and GTA V being such huge commercial successes. A spin-off was in the works before Team Bondi shut down, but at the moment it looks unlikely we’ll see a sequel.

Another game involving Rockstar, and this one is potentially even more unlikely. It’s been 13 years since the original came along, and while it was certainly well received it wasn’t without it’s controversies. The game was banned in Brazil, though that’s now been undone, and there were calls for it to be banned in the UK too. With these controversies and lack of any real evidence a sequel is in the work, I’ve got doubts over this one too.

Another case of a studio being shut down meaning we’re unlikely to see a sequel. There were definitely plans for a sequel, and it seems they were pretty ambitious. The game struck a great balance between the criminal underworld and working as an undercover police officer while being incredibly enjoyable to play. It’s a shame that we probably won’t see the series revived, but if someone could acquire the rights you never know.

Shadow of the Colossus

We’ve already had a PS4 remaster of what was originally a PS2 game that proved to be a huge success. Could that success tempt Sony into reviving the series further with a full on sequel? There’s no word on it yet but you can bet it’d be well received. Sony have already had joy reviving an old series with God of War, so why not Shadow of the Colossus too?

Mentioned recently as one of our favourite Star Wars games of all time, Republic Commando is the one of the few that didn’t get a sequel. It’s unlikely we’ll see a direct successor to the title due to the Disney takeover wiping the game from cannon, but surely a spiritual successor of some sort would go down well. Admittedly this is unlikely with EA seemingly focused on monetising the franchise through Star Wars Battlefront meaning they’d be unlikely to put out another Star Wars FPS game, but we can dream.

Insomniac had better get busy, between Spider-Man 2 and a sequel to Sunset Overdrive they’ve got a lot of work to do. There’s some promise in this one too, they’ve publicly stated that they’d love to make a sequel, but need a publisher first.

we'd love to, we just need to find a publisher!

That was, however, before the release of Spider-Man, where they’re backed by Sony. In a later interview with IGN, CEO Ted Price repeated the need for a publisher, and that the game wasn’t in development. With focus presumably on a Spider-Man sequel though, it’s likely we might have to wait a while for Sunset Overdrive to return.

A surprise indie hit, Cuphead drew praise for its hand drawn art style and challenging gameplay. We’re set to get a switch port and some DLC later this year, but there’s been no news on a sequel just yet. Developed by a small team led by brothers Chad and Jared Moldenhauer it’s possible it might take a while. But presumably with the success of the game we’ll hear something about a sequel at some point, especially with the studio not having released any other games before.

So those are some of our favourite games that haven’t yet had a sequel announced. Did we miss anything? Let us know what you want a sequel to in the comments below.

Nintendo is in hot water over usage of conflict zone minerals
August 2, 2018

Nintendo has announced their next batch of NES Online games
February 6, 2019